Forlorn monsters now. The last man to open this tin is dead and its inhabitants are very elderly. Old fishing lures- some dating back to at least the 1930’s- who have spent half a century ruefully mummified. They are reluctant and bitter retirees. Totems for a bygone era and in various states of glorious disrepair, they now live upon the desk of my study.

But in their prime these veterans fought many battles in the English countryside and caught great spring salmon, autumn bass and lurking winter pike. In the daytime, their milky eyes are full of stories. But at night- they reproach me. And I understand why. They were born to hunt, whereas I use them now as talismans. I haven’t the heart to detach their hooks, though; I leave them that dignity. The other month I even sharpened them.

Such concessions as these were perhaps considered by their former master- for he instructed his gracious widow to bequeath the tin (an ancient ‘Elastoplast’ case) to a fellow fool of the angle. And so they came to be mine- late one night at my local pub- when a good friend recognised in my eyes her late husband’s affliction. She knew the type but she was also keen to see the tin off. Anglers’ wives are sympathetic- but they are not themselves anglers.

Fortified by Guinness, I wandered back to my house with a certain level of curiosity- but not too much; I’m known locally as an angling nut and so am often used by friends as a conduit for supposedly ‘vintage’ tackle they’ve found in their loft or sheds- much of which choice material flows through me and straight into the local skip. However, this turned out to be different. I made a nice cup of tea, sat down at the kitchen table and opened the tin. What followed was akin to a homecoming.

Exquisitely marked bass spoons, various beautiful feathered plugs and several delicious (not to mention genuinely vintage) 1930’s Devon Minnows all spilled out onto my kitchen table. The pièce de résistance was a lovely old marine coloured ‘River Runt’- the biggest lure in the box, a classic 1950’s piking tool; a stout warrior from a previous age, whose decidedly boyish bearing contrasts with his piercing, slightly mournful eyes. Definitely the star of the show, I have toyed with the idea of repainting his faded flanks and trying for a pike with him one winter on my local river.

Taking ownership of this tin and its old world inhabitants has since evoked many questions within my psyche; ‘Why do I fish?’ being chief amongst them. I have so far not been able to answer that particular question and suspect I never will. I have however had more success in reflecting on the nature of the countryside and my place within it. The tin- and the manner in which it was delivered- caused me to take stock.

Before he died, a man asked that this tin be given to somebody who could appreciate it. I gave it pride of place in a prominent part of my house. Somewhere I spend time thinking. And gradually, it has seeped into my soul. I have since bought quite a lot of vintage fishing tackle, although I still love many of the modern ways too. This is essential, as resolving the tensions between new and old is a battle which all country people must face- perhaps sooner in England  than in other places. But it will come to all of us one day.

Of all the different types of countrymen, it is fishermen who are the most haunted by their childhoods. They are men apart, prone to sudden bouts of staring into the middle distance when visited in their daydreams by that first fish they ever caught. That initial prize, whether it was a minnow tempted from a shadowy stream, or a blenny scooped from a coastal rockpool- was both a blessing and a curse. At night, they dream of the next fish. Or else are teased into torpid nightmares by spectral images of the one that got away.

As an angler I nearly always hunt alone. And when I’ve finished seeking my quarry, I return to the world of men, where in a sense I am alone again. But like my fellow soldiers in the tin, I am merely laying dormant.

Until one glorious dawn. 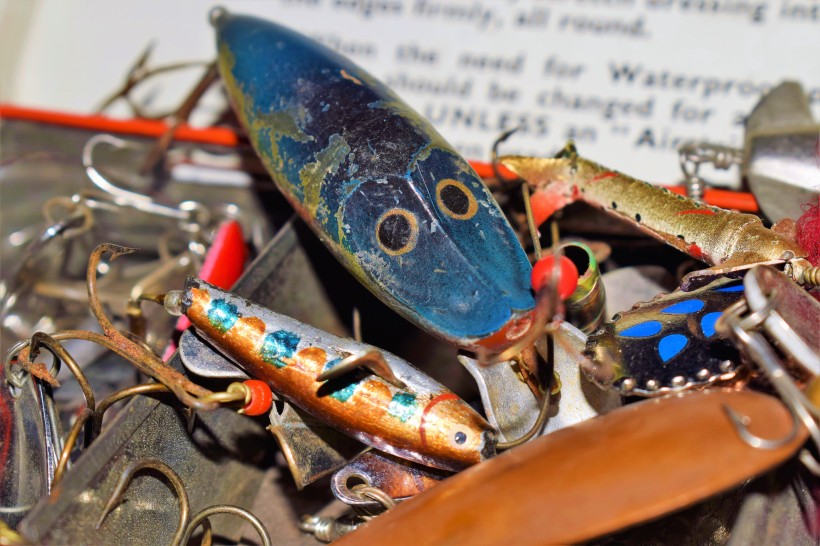 6 thoughts on “The Haunted Tin”